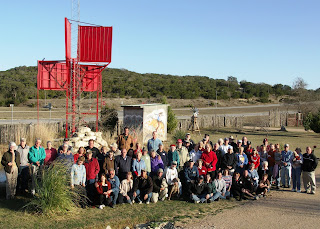 Oscar and I returned to the Miller Creek RV Resort for the first annual Hill Country Hill-a-Pallooza over the last weekend. It sure was a LOT of fun catching up with old friends and making new ones. Thank you, Denise & Phil Underwood for organizing this great event. We look forward to next year's!
Posted by Pete at 3:08 PM No comments: 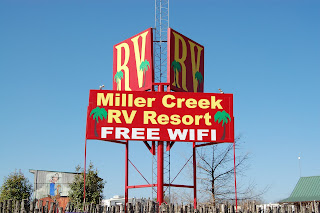 Well, here we are, pulling into the Miller Creek RV Resort, the most hospitable campsite we've found in all of our travels so far. What a great owner Paul is, making all guests feel like family.

Oscar picked out our site, as usual, and decided on the grassy area under the oak trees for our back yard. 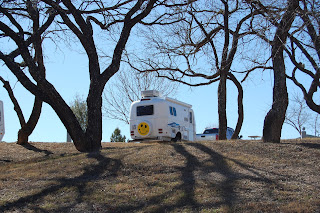 Getting acquainted with the surrounding area, we found these pink flamingos hanging out at the local goldfish pond. You'd almost think they were metal statues, they stood so still . . . I told Oscar they were just trying not to scare the fish. 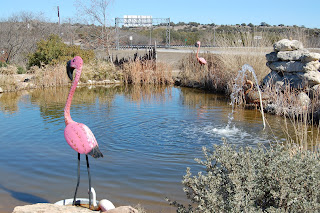 Unfortunately, the area is experiencing an "exceptional drought" and the Miller Creek is running kinda slow for the moment. Sad thing is they had to let the lifeguard go due to lack of swimming. Good thing is, Congress will make the job a part of the "stimulus package" and fund the position anyway, in case a few rain showers ever come along . . . 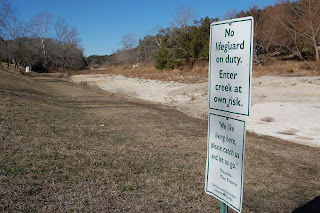 Friday night, Paul encouraged folks to bring on down a bit of steak for the grill. We did, and he provided all comers with the salad, bread, baked potatoes, and desert. Now THAT"S what I call Texas Hospitality! Oscar was so stuffed after the "big feed" that I could hardly get him outta bed in the morning. 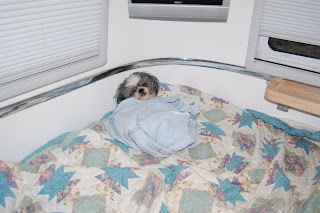 But when I told him the Underhill family arrived during the night and parked next door, he was up and raring to go. 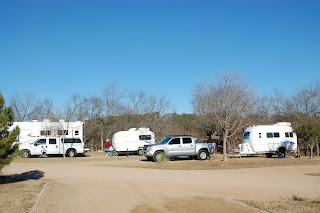 Phil took Oscar to the windmill and explained all about water wells. The park has 4 wells going down about 275 feet in the ground. 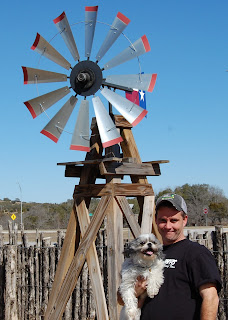 Oscar made friends with Ron & Becky. When they showed him their fifth wheeler, Oscar was amazed that people actually traveled with trailers you had to take more than four steps to get from front to back . . . he said "OOOOOoooohhhhhhhh . . ." 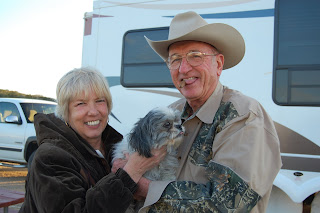 He also befriended Ron & Jerry, whose fifth wheel sported 4oo watts of solar power compared to the Wonder Egg's 100 watts and they had an automatic leveling feature Oscar loved to watch. 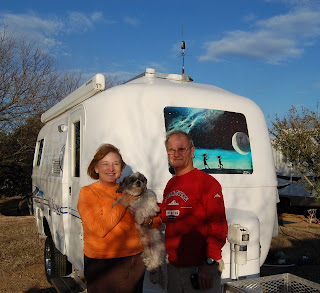 Cody and Katey Underhill enjoyed hanging out with Oscar . . . 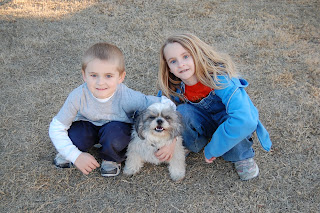 The Underwood family is one of Oscar's all time favorite camping families. They are out with their Casita just about every weekend building lasting memories. Isn't that what it's all about? 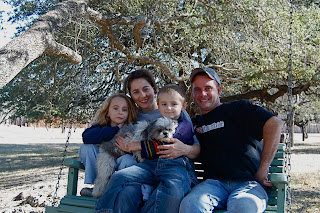 We look forward to returning the Miller Creek in a few weeks to join 35 other fiberglass trailers at the First Annual Miler Creek Hill-a-Palooza. Should be a blast . . .
Posted by Pete at 3:53 PM 4 comments: